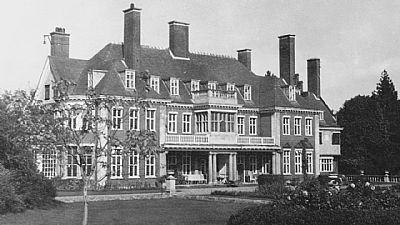 The first building was no doubt a timber-framed dwelling possibly constructed during the Tudor times.
The first pictorial indication of a house in Cavenham Park is found on a map of 1736 by John Kirby, with the area of land marked ‘Johnson Esq.’
While major buildings can be discerned on a 1779 and 1783 county map marked with the name of ‘Thomas Le Blanc Esq.’

One of the earliest written documentation noting a Hall in Cavenham Park appears to be during the ownership of Lieutenant General Charles Cornwallis. Earl Cornwallis resided at Culford but owned much of the land in Cavenham, he purchased the park from Le Blanc in 1794. The Earl offered the Hall to his daughter Mary Cornwallis who had, according to the local press, ‘a runaway marriage’ with a Capt. Singleton from West Stow. A Release and Settlement document was issued in 1797 recording a sum of 10s for the lease of Cavenham Hall, properties and land. At the time of this exchange, the total yearly rent due from the estate tenants was £543.4s. The Release and Settlement document ensures both land and property remain within the family, descendants can not sell their inheritance.

The Hall and Park were advertised for sale in the local press in the December of 1808, the Manor and 2,100 acres were described as; ‘with offices of every description, court-yard, extensive gardens, pleasure gardens, plantations comprising 100 acres with 3 open field farms and valuable sheepwalk’...‘to be sold by auction at Garraway’s Coffee-house, Change Alley’ Waddington Esq. of Ely paid £31,500 for the land and house and £3,800 for the timber.

Little information can be found on Henry Waddington who bought the Hall in 1809 though the 1851 census noted 17 people staying at the Hall; Harry Waddington + wife, 2 daughters 2 visitors and 11 domestics.

By 1836 the buildings are clearly marked as a quad with a hall attached to the south-east corner, these buildings stand on approximately the same site as of today’s stable quad and face the main entrance which runs south of today's pillared gates. An advertisement in the local press suggests that any previous erection whether wood or brick was replaced with a Georgian Hall possibly built between 1801 and 1808 and these were built near the stable quad.

In 1864 the Hall passed to the son Henry Spencer Waddington who was High Sheriff. His son, Spencer Beauchamp Waddington, in turn, inherited the Hall and park in 1896.

A new mansion was erected in 1898/9 by Mr H.E.M. Davies. Mr Davies who employed the architect Mr A.N. Prentist to design and build new entrance gates, lodge house, stable block, laundry and new Georgian style hall with shaped gables. The drawings were used by the German architect, Herman Muthesins, (Das English Haus) to demonstrate the English practice of not having many communicating doors and of siting doors near the corners of rooms. Muthesin described the mansion as ‘a large rambling building in a Georgian style with shaped gables thrown in for extra effect.’ The building work was considerable erecting new buildings at both entrances and in the centre of the park, unfortunately, Mr Davies did not see the completion of this massive project dying soon after building work began. 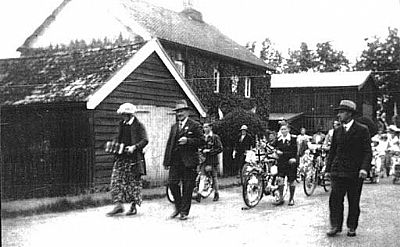 The architects’ drawing of the estate stable block shows the Cavenham Hall laundry to the left, the Lodge house in the foreground with the stables to the right and opposite, (clock tower just visible). The stable block and coach house which are linked by a Baroque entrance arch are now Listed Grade II. 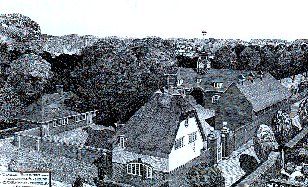 In 1902 After a brief period of ownership the widow, Mrs Clotilde Davies sold the hall to Adolphe Goldschmidt who added to the structure and landscaped the park.

The existing village club (today's clubhouse) was built at the same time and known as the ‘Reading Rooms’. 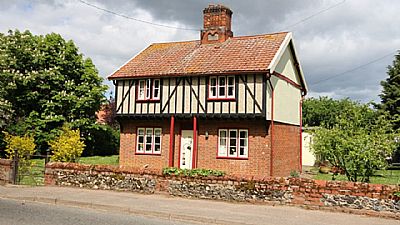 The estate remained unsold after an auction in 1918 HD 1325/63 Sale Particulars 1918 but was bought in 1921 by Brigadier-General Sir Archibald Home, author of The Diary of a 1st. World War Cavalry Officer (click on image to buy a copy from Amazon). 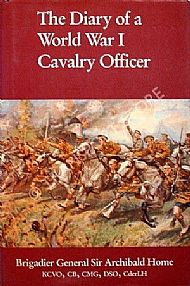 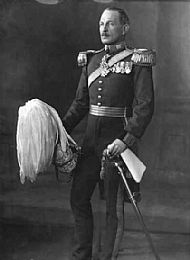 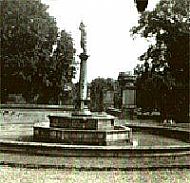 Under Home’s the estate flourished, agricultural employment was high and signs of a well-managed estate are well remembered by the local parishioners who recall the extensive walled gardens and fernery as an example of the care and attention lavished on the property and grounds. Read more about village life during this time from the recollections of resident Leslie Ford.

The estate and park were sold again in 1946 to Douglas Gough from Lackford. The Cavenham Hall Sale Brochure writes that The Estate, which has been in the occupation of General Sir Archibald and Lady Home for many years extends to a total area of 2627 acres and is well known as one of the best Residential, Agricultural and Sporting Estates in the Eastern Counties. Cavenham Hall was to become home for a short while for Douglas, his wife Violet and their two children Diana and Richard, before they moved to Lackford Manor in 1948 and so the Hall, was subsequently put up for sale.

Despite trying to sell the house as a country residence, and even as a building to establish a public school, it became apparent to Douglas that the tough economic conditions at the end of WWII would not be conducive to a sale.

With the house starting to fall into a state of disrepair Cavenham Hall was demolished for reclamation in 1949.