Cavenham is a village and civil parish in Suffolk, England, 6 miles northwest of Bury St Edmunds. External appearances can be deceptive, whilst Cavenham may appear a sleepy little village, it has a diverse, rich and interesting history, including a couple of beheadings, the legend of the headless horseman, elopement and protests!
Read more in the menu options ~ History of the Village < Historial Timeline 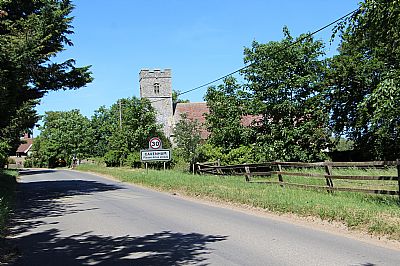 The parish includes Cavenham Heath Nature Reserve, a Site of Special Scientific Interest (SSSI) with a sand and gravel quarry close to it and is the location of the Black Ditches, an Anglo-Saxon boundary ditch which is believed to be the most easterly of a series of early Anglo-Saxon defensive earthworks built across the Icknield Way. Part of this also forms an SSSI to the south-east of the village.

The parish church of St Andrew’s can be found in the very south of the village.

Cavenham Village Green was created as a community project in 2006. The area holds a number of facilities including a play park, BBQ and seating area, sports equipment and pathways.

The village also hosts the Cavenham and Lackford Club House which features a licensed bar and other facilities.